I’ll start with stories. I love to read stories. I become irrationality and unnecessarily emotionally involved in stories and the encapsulated characters. I just spent the better part of three weeks living in a world conceived by someone else’s mind, learning to love the (at times irritating) characters, and just as the final book is coming to a close, the fucking kick-ass protagonist gets killed off, leaving an intense love dangling limp, lending an unsatisfying and depressing void where a happily ever could have been. I’m looking at you Roth. Why did you have to do it?! It’s like Alice Morgan all over again. Abandoned as I am by the untimely departure of a strong and unique character who I have at times, wished I could be.

Endings suck. I always want the story to keep on going, taking me further into the dream world, letting me live in the intimacy of someone elses fantasy.

As for the pockets of pain, well. I found one in a hotel. I found a whole hotel brimming with dread and memories and the fear that if I stepped foot inside, I’d break the spell and lose what I had when I was last there. I remember how we had tea together by the window, chatting about how beautiful the city is, how much they loved it here. Smiling and joking about how the restaurant was so dark that they couldn’t see their food! That was the last place I saw them that is not tainted by what came after. It was preserved in my head as a time capsule of memory, Something to revisit in my head, but never in person. Thinking about going there just reminded me of the pain that I’ve been tying down, dampening with anything I can grab a hold of but grief can find some peculiar times to remind you that you are still bearing a gaping hole in your life that no-one else can ever fill. The tears dried up before I set foot inside and it looks and feels like a different place now. I’m not afraid to go back tomorrow, but I’m still trying to stop playing the images over and over and mourning my losses. They would want me to remember, but not to be in pain.

Someone recommend me a damned good book with a happy or at least neutral ending please. I need some literary hope!

It really is amazing what people will throw in their lofts and sheds. Especially as they forget what’s in there and inconveniently expire, leaving the descendants to sort through it all. At this juncture, I am one of the aforementioned descendants.

We found all sorts of antique stuff just set aside! like the picture above of some stencilling paint and brushes in red, white and blue, that must have been used to paint a union jack or something, maybe for VE day. We find ourselves sifting through what look like dreadfully ugly chinaware that actually might be worth auctioning and very pretty little things that are worthless. Worth is a funny thing isn’t it. These things all meant something to my late Grandmother but I have no connection to them – many I haven’t even seen before, but this is no time for sentimentality – Those cute biscuit tins

and those that are filled with buttons that have long since lost their garments but no-one ca bear to throw them away. We found bags of fabric just waiting to be made into curtains or dresses or something else, but they were just wrapped up safely next to an old “His Master’s Voice” radio and a load of french liguaphone record sets.

(did you know that HMV stands for his master’s voice? I didn’t!) I found that my Grandfather was accepted into Cambridge University but the scholarship was not full and his parents could not afford to send him. I’m so glad that now I’ve made it there myself -I didn’t know him well but I’m sure he’d be proud,

Among the piles of dresses and fur coats we found two horseshoes, some antique sheep clippers, and boxes and boxes of lovely old books that were dusty and delicate.

I won’t say that the experience of lugging all that stuff around and sorting through was fun, but I will say that it was insightful and surprising at times.

It makes me wonder what someone else would make of the stuff I have stuffed under by bed!

”
Show me the ways to button up buttons
That have forgotten they’re buttons
Well we can’t have that forgetting that”~tori amos, yes, anastasia

I am feeling low. I feel low in both the mood and musical senses.
This reticent melancholy was not entirely unforseen but that does not make its shaking off any the easier. I have listened to “The Great Destroyer” three times today, and it still isn’t getting old. You might know what the great destroyer means , but in case you don’t it’s a poetic description of time according to Isaac D’Israeli, a song by  Nine Inch Nails and also an excellent album by the band Low. I refer, on this occasion to the last, but also with allusion to the first.

“Time the great destroyer of other men’s happiness, only enlarges the patrimony of literature to its possessor”
~ Isaac D’Israeli (father of Benjamin)

Time. Time has gouged out a year from our calendars, a year of our lives, a year of others’ death. It has chewed us up and spat us out into a fresh year, and I cannot say I’m sorry to see 2014 leave the stage.

That year brought me so much sadness and disappointment, so much anxiety and fear. I just hope that the new year is a bit less contagious with greif, and that I can learn to accept myself even of others do not.

Midnight struck as I lay in bed in the pitch black. The moment punctuated by fireworks and cheers, and snoring from beside me. It is just another day. Why must it always just be another day? How can we bear the sorrows we carry when we don’t celebrate at times? How long can we survive through grey, passionless days. And why am I enforcing these on myself? Am I? 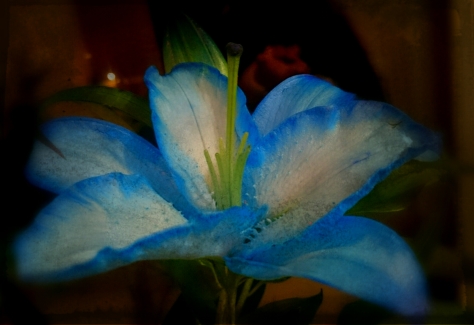 The prospect of pain, suffering and death was spread thinly over weeks, months, was it even years?

The unbearable knowledge that life was slowly being ebbed away, by each waxing moon. But life, it seems, cannot be spread so thinly as greif and eventually it can no longer exist.

So here we are, with a gaping hole in our remaining lives, that can be temporarily stuffed with memories, but ultimately, never filled.

The wait is over, and a chapter is closed.

One day last week I thought was unequivocally a bad day. Not just a bit rubbish but downright unfairly, unacceptably crappy and depressing. It was one of those days that genuinely have you questioning why you hauled your ass out of bed, or indeed, whether you actually did was this all some horrible mundane dream? Just one of those days where nothing is going to go right, no matter how hard you try. Bad things coming not in threes but rather in the dozen..

now to bemoan my lot (though honestly, looking at the weather conditions that others are having to deal with recently, these are very much small fry.

BUT somehow I managed not to let all of these things get to me, I chose instead, to see that things could have been a good deal worse and I was grateful for that.

The following days have posed more upsetting events, such as the loss of Casper. I didn’t find out for sure until last night that he’d been put to sleep on Wed afternoon. There was this part of me hoping that he’d made an amazing recovery and it has been undecided and he’d still be running around full of life but . no. He has appeared lively and healthier the two days before the event, even managing to buck and canter!! making my friend question if the right decision had been made, but when he was led into the trailer to depart he collapsed and could not get up. My poor friend had to see him struggling and grounded even before the vet went near him, but at least now we know that it was definitely the right choice, as the poor boy could have collapsed in the field alone, or in his stable, and could not have been found for hours. Obviously I am very upset to hear that Casper is no longer with us, but the most upsetting thing is knowing that he actually must have suffered in his collapse and trying to get up again. At least he didn’t have long before the end. My friend was too distraught and crying too much to tell me about it until I asked yesterday evening, and she was clearly trying to minimise my upset. After hearing the news, I was offered a hug from SO, which I accepted, but then he said to me in a patronizing voice “Do you want to cry? you can if you want to” to which I responded that I did NOT need his fucking permission to cry thankyouverymuch. I was then accused of being a spoilt little bitch. So I did the only thing I could – I went and bawled my eyes out in the bathroom, then apologised for being so horrible.

Amazing how difficult it is to eat when you are tearful. Honestly, it’s like you entire body has forgotten how to put food in mouth, chew and swallow.

Other annoying things have also gone wrong; bike gears, kitchen taps, work stuff, forgotten meds, forgotten pills and today I really didn’t  want to get out of bed. I can’t wait for this week to be over.

I will end on a positive note.

I have now been discharged from dietetics as being healthy with regard to food attitudes / weight / food intake so now in all respects am officially in no way eating disordered. I am glad to have shrugged off the burden of that label. It is possible to totally recover from anorexia.