so much has been going on. so so much 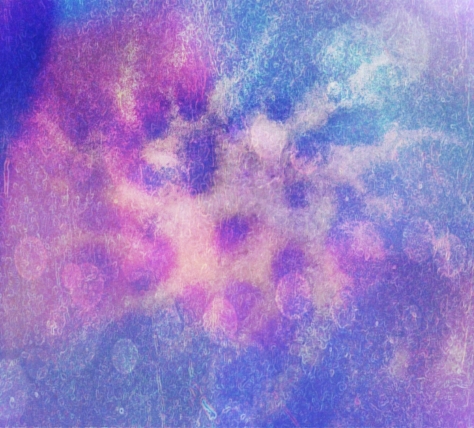 with the lack of words.

Ive lost coherence, Im blurring into the drizzly sky and drifting aimlessly, ever waiting for a sign.

I had an amazing time in london with a friend seeing a talk by Neil Gaiman and Tori Amos about the connections between graphic novels and music / other things. It was really so great. Even having been in the same room as two people I admire and appreciate the creations of while in good company was just incredible. The subject matter was interesting and I felt totally blessed to be there. I have to admit that when Tori sat down three rows in front of us in the audience, I nearly had a full-out panic attack right there. Instead I steeled myself against the excited /anxious wave of dizziness and calmed myself with deep breathing. Sadly this meant I wasn’t paying attention to what was said at the beginning as I was spending all my efforts stopping myself from just running out of the room…after the 1.5 hour talk and a few audience questions ( no of course I couldn’t think of anything clever or insightful to ask so thankfully stayed quiet ( I suspect asking a question would have resulted in fainting)).
The after party involved some readings by Neil himself, music from Dave mckean (the artist from the sandman comics) and also questionable singing from soft cell’s Marc almond.
In addition there were cheese straws, arts and crafts making of superhero masks (luckily my friend was up for this) and a guided tour of the comic book exhibition…unfortunately at one point Alastair crowleys started chanting out of my friend’s derriere… Cue girlish giggles while a suddenly rather insecure guide told us about links between magic and comics. Ok maybe it was a speaker behind her bum.

(sorry guide man, but old Alistair, he was really going for it)

What else? Oh I’m beginning to be able to see my forehead instead of a bumpy wasteland of skin coloured mountains. I made an amazing discovery, a whole pack of my old progestin pills, YAY, now I can have another month without migraines! YAY!

That paper I’ve be writing and submitting forever, well it’s gone off to review again, fingers crossed it comes back with nice, or at least manageable comments.

Tori released a new album. I’ll talk about that another day though huh?

Looking back and thinking about things that once were, and how they have morphed and twisted but somehow contained within the same bounds . Under the same name but wearing a different face, taking up the same space but being a different shape – I cant put my finger on when the metamorphasis occurred, only that something isnt quite right. Words hang where they aught not to be, and those that should be chanted beneath the foundations are long gone. Alway waiting for hte sky to fall but never willing to flick the switch to turn the sky off and start a new day.

Accidentally spilt toilet cleaner on leg
Rinsed off immediately
Jokingly accused of self harm to get out of chores
Then noticed bruises and a white line…anxiety rises
Allegedly I  scratched myself
And HOW can he be so sure?
Cos I did it ten years ago with nail clippers…
Actual self harm…oh the irony

I did WHAT?! Oh..yeah I suppose that’s plausible….

So glad I’m not that person anymore
I’m glad, though occasionally disturbed that I can’t remember whole years.

Onwards! Time for some tea 😉

Still waiting to see if trousers have escaped burn-free or not….

Good job I fished those loose and somewhat sticky semidissolved ricolas out of the washing machine!

To paraphrase idlewild, I often forget to remember. Curiously enough, I believe this is due to my extreme skill at remembering to forget.
Sometimes ginger tomcats, sometimes cotton wool and xylophones, sometimes psychotic suicidal dream-parents, or dragon-shaped clouds and sometimes murikami, those figments are captured. Fragments of thoughts and memories all tossed into the fabric of my core. Who knows when or if they will waft their way to the great kaleidoscope of conscious thoughts.

It’s funny, the things you appreciate when they are gone.

Like the first time I immersed myself in my favourite book. I can never feel that same naive anticipation and curiosity again.

Letting the dog sleep on my bed even though she wasn’t supposed to.

Those glorious sips of red wine before the inevitable headaches begin.

Reading plath by the riverside while tori sang in my ears.

All those forgotten earthquakes that shook me into the person I am today.

And yet still chosing to forget so much.